Where is the pro-Kremlin propaganda here?

Vitaliy Markiv may be unknown to readers outside of Ukraine or Italy. But within both countries – and especially in Ukraine – the case of Vitaliy Markiv has attracted a lot of attention. Vitaliy Markiv is of Ukrainian and Italian descent, and was convicted of murdering photojournalist Andrea Rochelli during the siege of Sloviansk. After years of court hearings in Italy considering Russian propaganda as evidence, the Ukrainian servant has been released. Lidiia Moshenska and Benjamin Müller expand on the case of Vitaly Markiv. 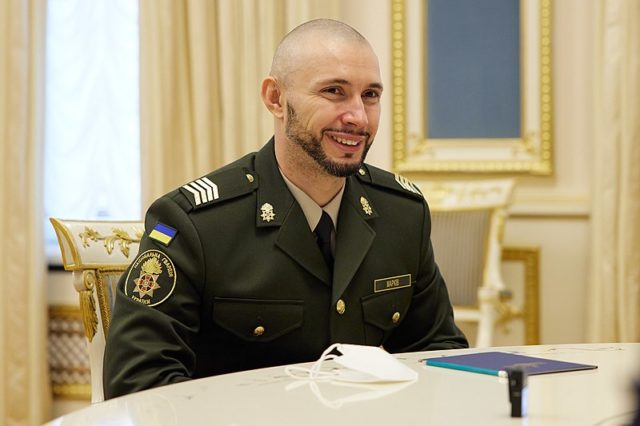 At the beginning of 2014, Ukraine was marked by a historical political unrest, which climaxed on February 23 with the Euromaidan revolution and the overthrow of the Ukrainian government. In the end, an Italian court found Vitaliy Markiv guilty in the murder of an Italian photographer and Russian translator, and sentenced him to 24 years in prison.

Markiv did not accept his sentence and went to appeal. The appeals court of Milan discharged him on November 3, 2020, and he immediately returned to Ukraine. However, the case is demonstrative as to how Russian propaganda has succeeded in disseminating its propaganda narratives.

32-years old Markiv, being of Italian citizenship, left Italy at the end of 2013 and participated in the protests and revolution in Ukraine where he was born. After the revolution, he joined the Ukrainian National Guard to fight Russian-backed combatants in eastern Ukraine. During his service, he fought in the siege of Sloviansk, a city which was occupied by pro-Russian forces, and the Ukrainian national Guard tried to recapture it.

That is the scenario in which the incident that led to Markiv’s conviction and the killing of Andrea Rochelli happened. During the siege, Rochelli was in Sloviansk with fellow journalists to report on the situation. Their car was hit by a mortar strike that killed both Rochelli and his colleague Andrei Mironov.

The Italian government opened a murder trial which convicted Markiv of killing the journalists. According to the New York Times, most of the evidence found against him originated on his own electronic devices. As additional evidence, there were also the reports of state-owned media outlet „Russia Today“, which is considered by most as a pro-Kremlin propaganda tool.

In addition to using videos with Russia Today’s logo in court, an article by „Russkaya Vesna“ was also attached in the case. This media outlet has been associated with pro-Russian separatists, who are direct opponents of Ukraine in the war in Donbas. In the article, Russkaya Vesna discredits Ukraine’s Ministry of Internal Affairs, which allegedly persuaded Markiv’s comrades to testify in his favour.

Prosecutor Zanoncelli explained the attachment by saying that it simply demonstrates the existence of such a thing for the Italian court, although the veracity of the source is questionable. He also added that the material did not play a key role in the investigation.

However, during the promulgation of the motivating part of Markiv’s sentence, the same article was mentioned as the one that „contains some elements that seemed to be pointing toward the truth.“ It is also important to mention that the trial was held in Pavia, the home city of the victim Andrea Rocchelli, and Markiv was sentenced by an Assize Court. Therefore, it is reasonable to assume that the media could have also influenced the decision.

Time for all to draw conclusions

Oleksandra Matviychuk, a human rights activist and chair of the Center for Civil Liberties board, CCL (Ukraine), together with the Memorial Human Rights Center (Russia), set up an international working group to independently analyse the investigation of the deaths of Andrea Rocchelli, Andrei Mironov, and the injury of William Roguelon, a French photographer who was also present at the time of the incident.

„According to the results of the study, we issued a joint statement, in particular, paragraph 3 speaks about the coverage of the process in the Italian press,“ said Oleksandra Matviychuk.

The rhetoric of the Italian media was frequently similar to the Russian media, she said. Markiv, for instance, has been called „Andy Rocchelli’s killer“, which violates the presumption of innocence. Ukrainian armed forces were mentioned as „illegal armed formations“ and protesters who supported Markiv during the court case were named „bald radicals“.

Despite the fair end of the story, this case is a very specific illustration of how propaganda against one person can be turned into a case against the whole country, even in a country with a high level of democracy and supreme rule of law.

Lidiia Moshenska and Benjamin Müller
…Lidiia and Benjamin, a History student from Ukrainian and a politics student from Germany. They have written a reportage about the prosecution of Vitalii Markiv. Have a good read!