What does Patriotism mean for German and Ukrainian Youth?

If you want to see a German flag, you’d better visit the Bundestag in Berlin, or come to Germany during the world cup. Things are different in Ukraine, where flags are visible on almost every building in major cities and small towns alike. But is patriotism still a thing for young people? Two editors, Nicole Kauer and Yuliia Ivanchenko, wanted to find out about it.

To portray what patriotism means for young people in Germany and Ukraine, we’ve talked to six people from different locations in the Ukraine and Germany, all aged between 19 and 31 years old. Some of them are studying, and some are already employed. 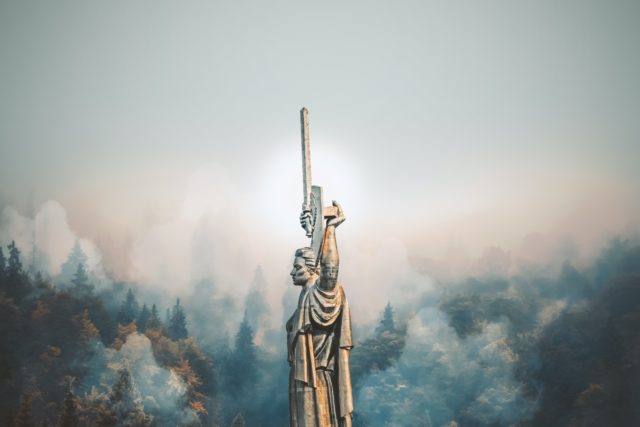 How is it in Ukraine?

Tatiana, 24, is originally from Ukraine and works as an HR manager in Poland. She considers patriotism as a sense of love and devotion toward the Motherland. However, she agrees that the political situation influences patriotic feelings.

„And our situation really makes me feel so bad. You cannot be a patriot if you always hear just bad news. I have lived abroad for 6 years now and I hear from my coworkers every day how it was really bad there, and that they don’t want to go back because there is nothing to do. So that’s why I am not going back to my home country yet. But besides that, I am so proud of being Ukrainian,“ stated Tatiana.

Anna, 21, studies ecology in Kyiv. Anna explained that being a patriot is objectively criticizing your country, but also showing love for your language, culture, and people. She added that her attitude toward patriotism has changed since the 2014 Revolution of Dignity in Ukraine.

„A few years ago, I couldn`t understand at all what patriotism means. But after 2014 and the Euromaidan Revolution when hundreds of people went to fight for the idea, it was incredible, and it was a manifestation of the nation. My mother language is Russian, and I don’t agree with the idea that you can’t be a patriot if you speak in Russian. I love Ukrainian and of course, I can speak and read fluently. My personal attitude has changed during the last few years. I stopped thinking that I want to go abroad and change my citizenship everyday,“ explained Anna.

Mariia, 21 years, studies international relations in Kyiv and Cyprus. „Once I began studying international relations, and understanding which instruments politicians use to create „patriotism“, I changed my mind. I am not the kind of person who will sacrifice myself or my success. I am individualistic, and it seems that we still have a Soviet influence on the public good. I don’t like the idea that our government is trying to split people into black and white – those who speak Russian and Ukrainian.  And if I don’t support this idea, am I not a patriot? From my perspective, it’s about identity. That’s what makes me different from people from different countries. When I was studying abroad and felt alone, I reminded myself that I know many groups of people who will understand me. They can sing Okean Elzy’s songs and laugh at political memes with me,“ explained Mariia. 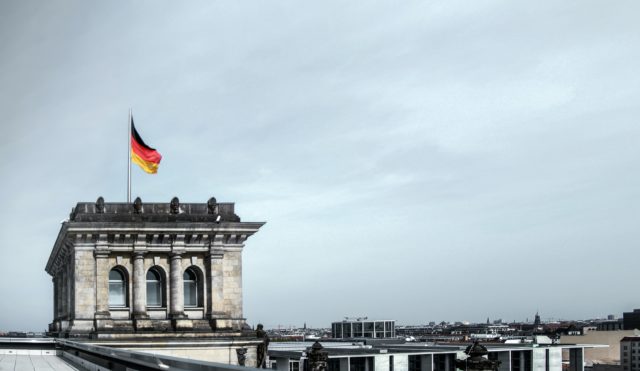 On top of the German Bundestag building I Photo: Ansgar Scheffold / unsplash.com

… And what about Germans?

Valentina, 23, is a media and philosophy student in Freiburg, who grew up in Chile until the age of 10, and has lived in Germany for the past 13 years. When she hears the word „patriotism“, memories of Chile come first to her mind.

„I know I can be proud to be Chilean and I can walk around with a flag, but in Germany things are different. For me, it feels a bit weird to see a German flag, outside of maybe a national football game. Actually, I own a Chilean flag; but not a German one. In Chile, people are celebrating our country. Nevertheless, I’m proud of how German politics and the German social system works, and that people who don’t have a job don’t need to live on the streets,“ said Valentina.

For Benjamin, 31, a policeman in Ulm, patriotism means to be proud of a country and the people that live there. However, he added that it was more important during the 19th century, when the borders were being negotiated and everyone was fighting for their „territory“, in the truest sense of the word.

„Nowadays one is proud to live in a country where there is no war, where the legal basis is a given, and where one could maintain a peaceful existence. I am proud of our legal system, having a free democratic basic order, our laws, and that everybody knows, or should know, how to behave. As a policeman, I work for the state of Baden-Württemberg, so I assume that I am contributing to our country in at least one of the 16 states. To preserve the legal order, to keep misconduct of other people within limits, and to point out that there are rights and laws, and that you have to abide by them if you want to live here. This is my contribution,“ said Benjamin.

Jannes, 19, is a design student in Leipzig. He believes that one can be proud of belonging to the country after contributing something to the common good.

„I think football is the last resort where German people can still live out their patriotism, since everything that happened back then. The only time every two years at the European Championship or World Cup, when people can let it all out and hang the flags in front of their homes – all the stuff that people outside the World Cup don’t dare to do, but which is also justified. I mean a little patriotism can be good for a country and its people in fostering a sense of belonging. But there is a very fine line between patriotism and nationalism. Finding the status quo good, but no better than other countries. People who call themselves patriots have usually not understood what patriotism is and what distinguishes patriotism from nationalism,“ he said.

With around 2000 kilometres between both countries, growing up in two different societies and having different pasts creates such different perspectives. According to our responses from Ukraine, the recent conflict has significantly altered peoples’ minds during the last 6 years. It seems that we have a patriotic new generation in Ukraine with a big hope of changing their country and being proud of living there.

Whereas in Germany, the three respondents are still troubled with the concept of patriotism. They are proud of the constitution, the political system. A feeling that Jürgen Habermas, German philosopher, described as constitutional patriotism. Nevertheless, what both Ukrainian and German share is the impact of historic and recent political events on their understandings of patriotism.

Nicole Kauer and Yuliia Ivanchenko
....while Yulia (23) from Kyiv took care of German children as an Au Pair only 135 kilometres away from Nicole’s hometown Freiburg, Nicole (22) looked after 3 children in a small village in the French Alps.