Prevention is better than the cure

Providing sustainable alternatives for asylum seekers is one of the EU’s main criteria in finding a solution to the so-called migration crisis. Politikorange author Nuno explores whether this is the best approach. 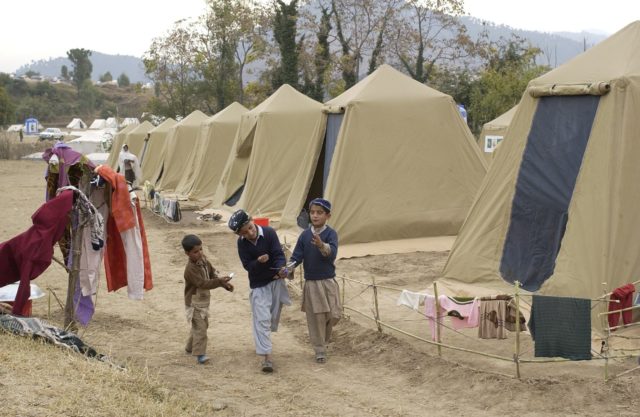 A refugee camp in Shinkiari Pakistan I Picture: Pixabay.com

Almost eighty million people are currently displaced from their homes, according to UNHCR’s latest Global Trends report. This isn’t just motivated by armed conflict. Hunger, persecutions, and numerous violations of the human rights also lead to forced migration, the main beneficiaries of which are groups that explore factions of illegal trafficking. Providing sustainable alternatives to those who search for asylum is one of the EU’s main criteria in finding a solution to the so-called migration crisis. But is this the best approach?

According to the High Commissioner of the UN for Refugees, in 2018 alone, 13 million people were displaced, half of which were, to date, underage. Most refugees came from five countries: Syria, Afghanistan, South Sudan, Myanmar and Somalia. As stated in UNHCR’s 2018 Global Trends report, most of these migrants were granted asylum in Turkey, Pakistan, Uganda, Sudan and Germany. Of these, Turkey is a candidate for the EU and Germany is one of its founding members.

The topic of migration became especially urgent to the European public in April 2015, when more than 700 people drowned in just one week. This motivated the EU to adopt the measures outlined in the European Agenda on Migration: the registration and identification of migrants, the prevention of lives lost at sea, the fight against human trafficking by means of military intervention and the relocation of refugees to EU member states. Regardless of these efforts, people continued to attempt to flee to Europe. According to UNHCR data, in 2018 almost 140,000 people tried to reach Europe by sea.

The national policy of each state has impeded a joint EU response from taking place – in 2017, Germany gave asylum to 186,644 refugees, while Hungary, Poland and the Czech Republic were sanctioned by the European Commission for not giving asylum to anyone. According to a study carried out by the Migration Policy Institute in 2018, even if the EU is in a better position to respond to mass migration, the present situation is fragile, due to the possible non-sustainability of the implemented mechanisms. This shows that the measures introduced to date are insufficient.

The lack of a consensus between EU-countries is obvious. According to Johannes Hahn, European Commissioner for Budget and Administration, individual decisions cannot be taken, requiring a coordinated, collective and coherent response:

Each country’s attempts to close borders will only transform other countries into ‚parking lots‘ for detained migrants.

Hungary’s construction of a barrier in 2015 pushed migrants towards Croatia and Slovenia. The current approach focuses on the application of human rights and providing minimum subsistence to migrants. However, the prevention of the circumstances that force people to flee in the first place would, ultimately, be the correct, long-term approach.

„Prevention is better than the cure“ –  as stated in this famous phrase delivered by Desiderius Erasmus Roterodamus, the solution for this problem must be to prevent the events that motivate forced migration. This would constitute a complex long-term strategy. Conflicts, hunger, persecution, and violations of human rights are the main boosters of migration. The most basic solutions are also the hardest to implement: diplomacy and education.

Education is recognized as a human right, and the main source of the maintenance, transformation, and evolution of society. Providing education is normally the state’s responsibility. In the absence of state support, certain external entities should invest in the financing of NGOs and in solidarity acts, which would result in a gradual decrease of illiteracy and an increase in instruction. According to Paul Collier and Nicholas Sambanis, authors of „Understanding Civil War: Europe, Central Asia, and other regions“, a secondary enrollment rate 10% higher than average reduces the risk of war by 3%. In 2019 there were still around 750 million illiterates and 260 million people without access to school education. Entities with power should provide education in order to soften the negative indexes and boost the positive ones, until misinformation is no longer the root of problems that motivate migration. 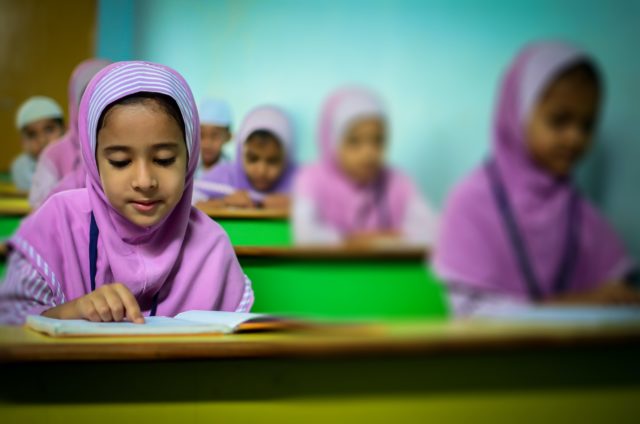 Diplomacy is a natural consequence of education, and one of the primordial dimensions of foreign politics. It is also a core feature in the fight against forced migration. Diplomacy determines the processes through which states establish in-depth contacts, encompassing matters related to conflicts, commerce, cultural promotion, and coordination between organizations. More and better interstate relations, would not only eliminate the most notorious cause of emigration – conflicts – but it would also facilitate the allocation of resources to those in need. Case in point, when, in 1999, several countries joined the United Nations Mission in East Timor, which culminated in the end of the clashes between Timor and Indonesia and the independence of the former.

Compared to education, diplomacy is not easy to apply. The majority of diplomatic relationships are fragile. Differences in agenda and countries’ refusal to grant asylum or compromise stop the cultivation of healthy relations between them. Diplomacy, and the lack thereof, are naturally associated to peace and war, respectively. In 2018, the United States’ withdrawal from the Joint Comprehensive Plan of Action with Iran triggered several military actions on both sides of the conflict.

As part of this preventative approach, there are other, more immediate measures to be taken. Trade in unregulated weapons favors conflicts and persecution, and is a catalyst for human rights violations, as can be seen currently in Syria, Afghanistan, or Yemen. A poor distribution of resources delays progress in combating each of the aforementioned evils. Data from Amnesty International proves that arms trade supplies conflicts and repressions, victimizing civilians around the world. In order to extinguish this commerce, states have to ratify the Treaty about the Commerce of Conventional Weapons, creating or reforming certain laws that reflect the regulations from the agreement.

In resource distribution, bad practice leads to an abrupt increase in inequality. According to Oxfam, in 2018 the 26 most wealthy individuals in the world possessed as many resources as 3.8 thousands of millions of the poorest individuals, essentially from countries in sub-Saharan Africa, North Africa and the Middle East – regions from which the largest number of forced migrants come. This disparity caused a deterioration in the democratic institutions, intensifying, consequently, popular disbelief in the possibility of equality. This has created a vicious cycle, in which citizens neither support, believe, nor recognize the legitimacy of the state. States must guarantee the subsistence of the poorest, prioritizing policies of family support for those most in need and reformulating certain laws and programs to support this fraction of the population. This set of procedures would provoke, gradually, a decrease in inequality.

The application of all these solutions in the current context would reduce forced migration in the future, and alleviate the impact of current migration. Given the gradual character of the preventative proposal, as well as the current state of emergency, the wisest resolution should be correcting the current problems, while simultaneously preventing future setbacks. The necessity to create conditions that ensure the prevention of future migration overshadows the need to alleviate the impact of current migration. Appeals go to those who have the capacity, the good faith, and the benevolence to act – because it’s more important to guarantee that no one leaves their home, than to find a house for someone.

Nuno Silva
...is currently studying computer science at UAlg in Portugal, and works at Devaneio magazine.