Just a collection of signatures?

Violence against women is still a big problem. 9 out of 27 European countries still hold laws that fail to measure rape as a sexual act that occurs without consent. This can’t be it, says politikorange journalists Karmen and Maja, in their discussion of the Istanbul Convention as a possible solution. 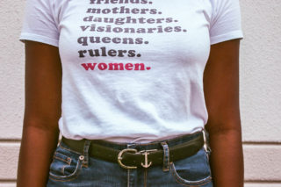 According to the EU-wide FRA study of 2014 entitled ‘Violence against women’, every third women living in Europe has experienced physical or sexual violence during their adult life. About 55% of women living in the EU have been sexually harassed. 32% of all victims in the EU said the perpetrator was a superior, colleague, or customer. Yet another new problem has emerged in cyber-bullying, which allows perpetrators to remain anonymous, and while easily reaching victims beyond borders and countries. What can the EU do to lower the occurrence of these violations?

One of the main steps taken could lie in the Istanbul Convention. It is to date the most far-reaching treaty, proposing zero tolerance for violence, whilst protecting victims and prosecuting perpetrators. With its creation, the architects of the convention also intended to change a certain way of thinking in popular society: especially that of male society members, whose attitudes should develop through increasing awareness. The idea is to teach them about the importance of gender equality from an early age.

A lot to be done

The convention papers were consolidated as far back as August, 2014. By now, 45 countries and the European Union have signed in agreement. By that, they signing nations are obliged to modify laws and introduce new, protective measures with the help of allocated resources. The convention itself encourages the removal of barriers that prevent someone from reporting a crime. It also empowers police to remove a perpetrator from home, and demands victim assistance via shelters, dedicated phone numbers, specialized support services, crisis centers, and legal aid. The convention also encourages participating countries to train professionals to support victims in their physical and emotional recovery. It conducts awareness-raising projects, organizes education classes, and creates treatment programs for perpetrators. It criminalizes various forms of violence against women, and makes sure that perpetrators face conviction and punishment by reforming judicial proceedings.

The situation is not bright

With so many countries signing this convention, you get the feeling that things are really changing for the better. However, the situation is not very bright. Out of 45 signing countries, only 34 of them have actually ratified conventions and put new laws into force*. That means, 11 countries have only signed the convention, but never changed anything within their legislation. The EU also signed the convention in 2017 and has not ratified it to this date.

One of the countries that has not adopted the Istanbul Convention is Bulgaria. There, the ratification of the convention was disputed in the country’s constitutional court, as it was suggested that adopting the convention could lead to the creation of a “third gender” and the legalization of same-sex marriage. In the end, the court did not accept the convention because as far as the Bulgarian constitution is concerned, humans are either male or female. That outraged women and women’s rights groups across the region. On the International Day for the Elimination of Violence against Women, people protested in the center of Sofia, Bulgaria’s capital city. The motto of the protests: #YouAreNotAlone. The protestors demanded the creation of prevention programs and shelters for victims, as violence against women is still a big problem in Bulgaria. Unfortunately, today, things still haven’t changed. Other countries like Slovakia and Poland also felt that the convention endangered their culture and values, and that it would lead to the destruction of the term gender.

We need its full potential now

It is undeniable that the Istanbul Convention brought some significant changes in the fight regarding violence against women, and helped to spread awareness in the society. However, it needs to reach its full potential now. It gave women a voice – a strong voice that is shouting that things need to change, and that safety and freedom should not be seen as a privilege, but as a basic human right.

Karmen Matko und Maja Hočevar
...are best friends who study media and love to see the world through different lenses.