Three Presidencies for Climate – So Green is the Trio Presidency

„Think European – Act Local“ is the slogan of a new project on the occasion of the EU Trio Presidency. But to what extent is the Trio Presidency really „for climate“? Živa Zajc and Carla Moritz investigated this question. 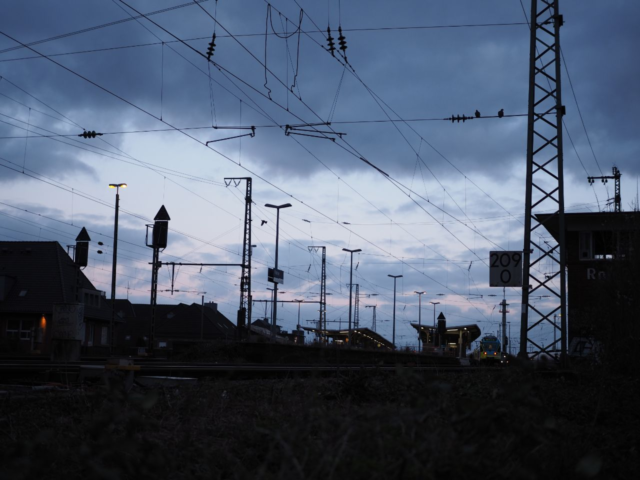 Rail transport and an energy union are to be among the main focuses of the Trio Presidency’s environmental policy. Photo: Linus Walter

On 1 July 2020, Germany, Portugal and Slovenia took over the Trio Presidency of the Council of the EU for 18 months. On the agenda, the three countries have set common themes and priorities for this period. The project „Three Presidencies for Climate: Think European – Act Local“ aims to foster collaboration for climate protection on multiple levels. The project is working with the cooperation of German, Slovenian, and Portuguese schools and cities. But the climate policy of the Trio Presidency began much earlier in its agenda.

In the agenda, Germany, Portugal and Slovenia set common themes and priorities for their EU policies. These three countries will take over the Presidency of the Council of the EU for six months, one after the other. During those 18 months, they will work together as a trio to ensure continuity. According to Portuguese ambassador Francisco Ribeiro de Menezes, the agenda of the Trio Presidency is an „ambitious program“ to combat climate change. Slovenian Ambassador Franc But also emphasizes that „Slovenia, Germany, and Portugal are three environmentally-oriented states.“

As per their Agenda of the Trio Presidency, the Trio Presidency is committed to the Green Deal and intends to work towards „a climate-neutral Europe by 2050“ during its term of office. But how exactly do they intend to make the EU more climate-friendly between 1 July 2020 and 31 December 2021?

In the common plan for the one and a half year presidency, „Building a climate-neutral, green, fair and social Europe“ is stated as one of the five main objectives. More specifically, for the forthcoming EU presidencies, this means working towards a climate-neutral Europe by 2050, and the fulfillment of the Paris Climate Agreement. According to the three governments‘ plan, the transition should be „cost-effective, just, socially balanced, fair, and achieved in a way that preserves the EU’s competitiveness“.

Until now, there have been no visible measures or strategies to reach the goals set in the agenda of the Trio Presidency. The actual program presents only a few proposed approaches.

As written above, there are few concrete strategies in the proposed policies. For example, although the transport ministries of the three countries are talking about an intended increase in the number of passengers on trains, no strategy is presented on how to achieve this. The German Federal Ministry of Transport has, to date, not replied to a request for comment.

Because of the unambitious goals and inaccuracies, the EU Trio Presidency faces criticism by environmentalists regarding their sustainability strategy. Former member of the Bundestag Hans-Josef Fell told the Euroactive Media Network that the program of the German EU Presidency has „no concrete statements, but overblown rhetoric that is not accompanied by sufficient measures, but with completely inadequate goals“.

There is, however, another problem which is more important for the three countries at the moment: the Covid-19 crisis. As this crisis brings additional economic challenges, the Trio Presidency intends to „implement all appropriate measures serving a robust recovery of the European economy“, but as stated in their agenda, „in line with a sustainable and inclusive growth strategy“. Therefore, investment in a sustainable economy should be considered in the reconstruction of the European economy. 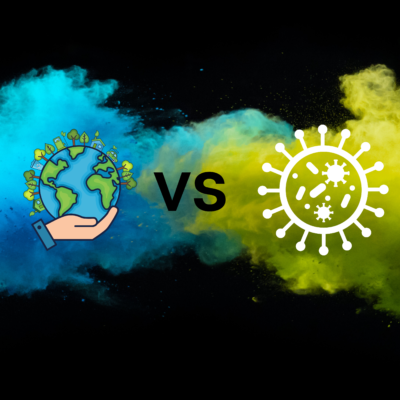 Are worries about the Covid-19 crisis overshadowing efforts to protect the climate? Image: Živa Zajc with Canva

Susanne Hegels from the German Ministry of Economics and Energy emphasises this as well: „Environmental issues have not become less important due to Corona. We see the green deal as an opportunity for the European industry and economic recovery and we should use the chance that we have now to make our economy more future-oriented and environmentally friendly.“

Even if environmental protection is taken into account while combating the consequences of the COVID-19 crisis, the focus of the Trio Presidency does not seem to be on sustainability. Interestingly, the word „climate“ is only used 13 times in the agenda, while „COVID-19“ is used 38 times.

In contrast to the COVID-19 crisis, the environment is not a new topic for the EU. Europe has been fighting against environmental problems since the early 1970s. After the first UN conference on the environment held in Paris in 1972, an action program was mandated – however, it remains limited by the subsidiarity principle. This means that choices are made as close to citizens as possible, unless EU action is more successful than the measure at a national, regional, or local level. This applied for a requirement of consent in the Council, with regard to fiscal matters, town and country planning, land use, quantitative water resource management, choice of energy sources, and structure of energy supply.

The first legal basis for a common environment policy came with the Single European Act in 1987, which was introduced as new Environment Title. It included the aims of preserving the quality of the environment, protecting human health, and ensuring rational use of natural resources. Until today there have been seven, environmental action programs. In this overview we have summarized the seven programs from 1973 until 2030:

On December 2019 the European Green Deal was presented the first time. It is the 8th Environmental Action Programme and the consequence of some environmental issues, which have recently risen to new heights. The deal is affecting economies and policies worldwide. Its goals are that there will be no net emissions of greenhouse gases by 2050, that economic growth will be decoupled from resource use, and that no person and no place will be left behind. This deal presents a plan to boost the efficient use of resources by moving to a clean, circular economy, to restore biodiversity and cut pollution.

However, the plans of the EU are not cheap. The EU Budget for Climate and Environment is set for 503 billion euros. According to the official website of the EU, the climate and energy target for 2030 will require additional investments of 260 billion euros a year by 2030. The success of the plan to be climate neutral in 2050 in all sectors of the economy, depends on the actions taken for environmentally friendly technologies, on decarbonizing the energy sector, and on the construction of energy-efficient buildings. The EU will also carry out a series of initiatives that aim to protect the environment and boost the green economy, like the Climate Pact, the program „From Farm to Fork“, the European Climate Law, Circular Economy Action plan, clean energy and many others.

In the end, the Green Deal is like a guideline for the environmental policy of the Trio Presidency. However, it remains open whether the measures presented by the three countries are sufficient to work towards the objectives of the Green Deal. If this is not the case, it will be difficult to describe it as a „green“ Trio Presidency „for climate“.

Živa Zajc and Carla Moritz
...are two young media enthusiasts who sometimes annoy their friends with talking about climate protection.