Germany’s Council Presidency: Between the Public Interest and Lobbyism

A new report from LobbyControl reveals a lack of conspiracy in the European Council. The authors of the study fear that during the German EU Presidency, individual corporate interests could become the focus of attention. Germany must be careful not to let itself be influenced by economic actors during its Council Presidency. 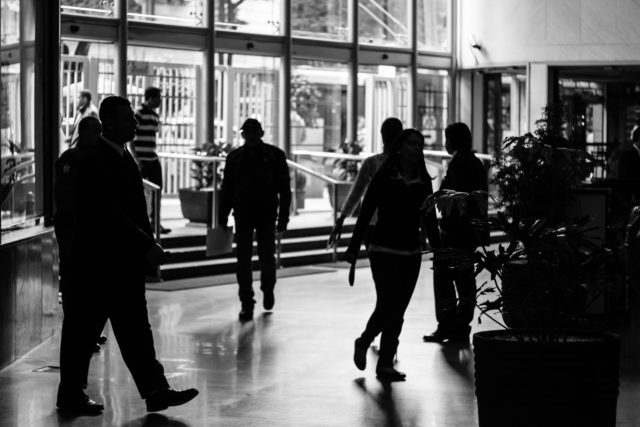 In June, the Brussels-based NGO Corporate Europe Observatory (CEO) and LobbyControl e.V. published a report titled „The German EU Council Presidency: Industry in the Lead Role?“. In it, the authors show the influence that German industry and lobbyism has on decisions made by the German government.

Germany will take over the role of the European Council Presidency at a special time. It will be marked by the climate crisis, Brexit, and the corona crisis. Lobbying influences will play a particularly important role in dealing with the Corona pandemic. The next few months will show which sectors benefit for which reasons, especially in the distribution of EU-wide corona aid.

Nina Katzemich works as an EU campaigner at LobbyControl. „We stand up for transparency and equal access, which simply does not exist at the moment“, she says. In a cross-party open letter delivered in mid-June, the Corporate Europe Observatory and LobbyControl came together with almost 100 members of the European Parliament. These members already called on Chancellor Angela Merkel to make transparency a central concern during the German Presidency. The idea for LobbyControl’s recent report arose when the organization noticed how individual member states impeded one another’s EU decision-making, evidently because they represented the interests of their country’s corporate lobby. In the report, six case studies by various organizations demonstrate how the German government has blocked EU projects in the past in favor of German corporate interests.

For example, a BUND study shows the relationship between the federal government and the automotive industry, and points out how Germany tried in the past to keep CO2 emission limits as low as possible in order to support the German car industry. A study by German Environmental Aid (Deutsche Umwelthilfe) reveals non-transparent talks between the Federal Ministry of Economics and Energy and the gas industry, the former of which planned to use gas as a fossil energy source for energy transition. A further case study by Network Tax Justice (Netzwerk Steuergerechtigkeit) shows how Germany has blocked decisions on tax transparency in the EU to protect German companies who evade taxes by leveraging operations in low-tax countries.

Industry associations do not dictate opinions

LobbyControl now fears that industry influences could have an impact on the European Council Presidency, and potentially sway important decision-making processes, such as the European Green Deal. The Green Deal’s initiative is to reduce net emissions of greenhouse gases to zero, and make Europe a climate-neutral continent by 2050.

Dr. Silke Karcher is the Head of Division in the Federal Ministry of the Environment on European climate and energy policy. „We have these industry associations and their role is to stand up for their members“, says the engineer. „Industries and NGOs are influential lobbyists, but only serve as a guide to politicians“, says Dr. Karcher. „The industrial organizations contribute to the country’s prosperity. Politicians listen to them, but hopefully only to reflect and come to the right decisions,“ she explains.

For her, the decision of the Federal Government to pay a premium price for buying electric cars in order to boost consumption in the aftermath of the pandemic is one example of how the Federal Government does not listen exclusively to the interests of the car lobby. The car industry had demanded a similar premium for new cars powered by fossil fuels. „The package for the economic upturn that has been adopted in Germany proves that at least here it is not true,“ declares Karcher.

Katzemich was surprised by this decision, but for her, this was not illustrative of the fact that the Federal Government is not influenced by the automotive industry. „We see this with pleasure and as an achievement of civil society that has put pressure and in the end was understood by the politicians,“ says Katzemich.

Intransparency of the European Council

A major problem for LobbyControl is the non-transparent way in which the European Council works. They demand a lobby register – specifically, that meetings of ministers with lobbyists should be published. According to LobbyControl, around 25,000 lobbyists with an annual budget of 1.5 billion euros directly and indirectly influence EU governing institutions.

Not everything is black and white, of course, and companies do create important jobs. „But they have powerful arguments that do not fit in with the common good“, explains Katzemich. The work of the EU Commission and EU Parliament has become more transparent in recent years, but large, corporate interest groups still maintain greater influence over the Council, and that influence is largely unobserved by civil society.

Dr. Susanne Hegels is Head of Unit for the German EU Council Presidency at the Federal Ministry of Economics and Energy. She considers the fears of LobbyControl to be exaggerated, but sees the need for more transparency at the European level. „We talk to representatives from the industry and listen to what they want. But that does not mean that we do exactly what they want and are not able to think what is right and what is in the general interest at the same time“, explains Hegels.

„The truth is that Germany does not have a very strong lobby register“, she adds. There is already a provision that a common transparency register of the European Union should be introduced voluntarily. Currently, it is failing due to several legal problems. However, as of January, the permanent representation of Germany in Brussels publishes all meetings of their ambassadors.

Even if Germany has been guided by lobbying interests in the past, this does not necessarily mean that nothing will change during this Council Presidency. Germany could seize the opportunity to set a good example. Above all, Katzemich wants to bring the work of the European Council and its functioning closer to the citizens: „We want the public to take a closer look so that the Federal Government is now more closely scrutinized in its handling of the climate crisis and the distribution of the Federal Government’s funds.“