“We party on Thursday and resist on Friday”

Partying in a politically fucked-up situation: is it escape, distraction, or a means of political exchange? Dennis Beltchikov attempts to decode the Palestinian party scene, and explores how it’s influenced by the conflict. 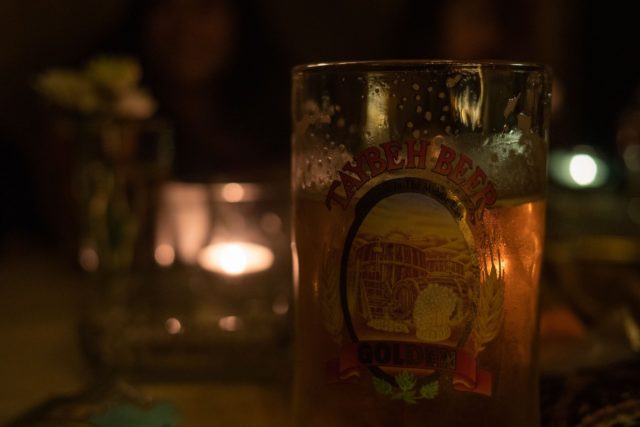 Usually, when looking at media coverage on Israel and Palestine, political factors dominate the discourse. It’s understandable; their conflict seems omnipresent, and it impacts heavily on the allocation of power in the Middle East.

But how does the young generation that grows up in the normality of this ongoing conflict spend their daily life? Of course, occupation is one aspect; but despite the political situation, people enjoy good moments too. They spend quality time with their family, meet up with their friends, they party and celebrate. Club culture has always been a mirror of ongoing political developments – so what can we learn from Ramallah?

The most cosmopolitan Palestinian city

Actually, Palestine claims East-Jerusalem as its capital – but de facto, it is Ramallah. The city located in the West Bank of the Palestinian territories became the seat of many international organizations and consular authorities. This contributed to Ramallah’s status of being the most “western” and open-minded city in the West Bank.

Many especially young Palestinians enjoy the relaxed and international vibe of Ramallah. Yara* (24) lives there and reports: “In places like Nablus or Bethlehem people would look irritated at me for not wearing a headscarf. Here in Ramallah it is very chill.”

She explains that Palestinians feel responsible for getting up early and being productive on Friday, which is usually the day of political protests – even though you go to party on Thursday: “It’s like partying during the week but still going to uni the next day”, says Nicole.

Pretending not to be from the other side

Its normally not possible for Israelis to enter certain parts of Palestine. The same applies for people from the West Bank entering Israel. There are exceptions and complicated bureaucratic procedures to gain access, but in general, these two regions are separated.

Oday (30) lives in Ramallah and owns the Hommus hostel there. He states: “To be honest, there is a good amount of Israelis here in Ramallah.” Oday has a working map at his reception, on which he marks where each the people staying in his hostel come from: “People from Israel like to party here, they consider the scene here having a ‘different taste’. Also, it is way cheaper for them here.”

But how do they enter Palestine? Oday thinks that many Israelis have a second citizenship because either they or their parents’ generation had emigrated to Israel. With their foreign passports it possible for them to enter Palestine. Lounge owner Can* (30) from Ramallah has had a different experience: “I never meet Israelis here”, he thinks for a moment and specifies: “In Ramallah, never.”

Nicole has an explanation for my confusion. Although she is Palestinian, she has partied many times in Tel Aviv without having a second passport: “When I was younger I had a shaved head, many piercings, and didn’t look very Palestinian. So when I was traveling with my friends they simply smuggled me in their car across the border.” Nevertheless, when she partied in Israel, she didn’t tell anyone that she wasn’t Israeli. “Most Israelis wouldn’t admit that they are Israelis when they are here in Palestine. That’s why people like Can might have the impression of never ever having met an Israeli in the Palestinian territories.“

Israelis not revealing their identity towards Palestinians, and the other way around. Does that mean that politics is part of Palestine’s night life genetics? Can agrees with that: “But life is not only occupation. Sure, you might want to forget everything about your life when you go to a bar or a party. But it’s the same in other countries.”

Oday also thinks that politics play a role while partying. For him that is even something he appreciates: “Which I find really interesting is that you can go out to the smoking area and have a really interesting conversation about politics. I love that.” Oday lived in in London for a while and often compares it to Ramallah: “Partying was just partying there. Even if you go out and chat you are not going to have an interesting conversation. I think that talking about politics and the important things while you’re partying makes the party more interesting.”