The city of Tel Aviv was shaped by people who immigrated during different times and came from different cultures. During a tour with artist Uliana Stavi and the Bauhaus Center Tel Aviv, Hanna Hörnlein explored the famous quarter, known for its international, architectural style.

Imagine an abstract cubist painting becoming alive, as a building. Imagine seeing and feeling the influence of different cultures, traditions, and various ways of expressing everyday life in an edifice. Welcome to Bauhaus in Tel Aviv. More than 2000 kilometers away from the German cities Weimar and Dessau, from where the famous architecture and design school originates, the Bauhaus spirit made its way to the Israeli metropolis, Tel Aviv. It’s not surprising that the architectural vein of the 1920s is called „international style:“ it’s a simple term with a multitude of interpretations, reflecting the many diverse identities and nationalities living in the same place. Jewish migrants from Europe found their new home in Israel when they fled antisemitism and persecution. But also, immigrants from other parts of the world – like Russia or Morocco – moved to Tel Aviv and influenced the style of construction.

Today, people still live in these houses – as Walter Gropius, the founder of the Bauhaus school said: „houses are meant to be lived in.“ They aren’t just art. The basic ideas of Bauhaus – such as the practical design without ornamentation – were transported across many countries. Let the art speak for itself and see how different nationalities leave their own impact on architecture. 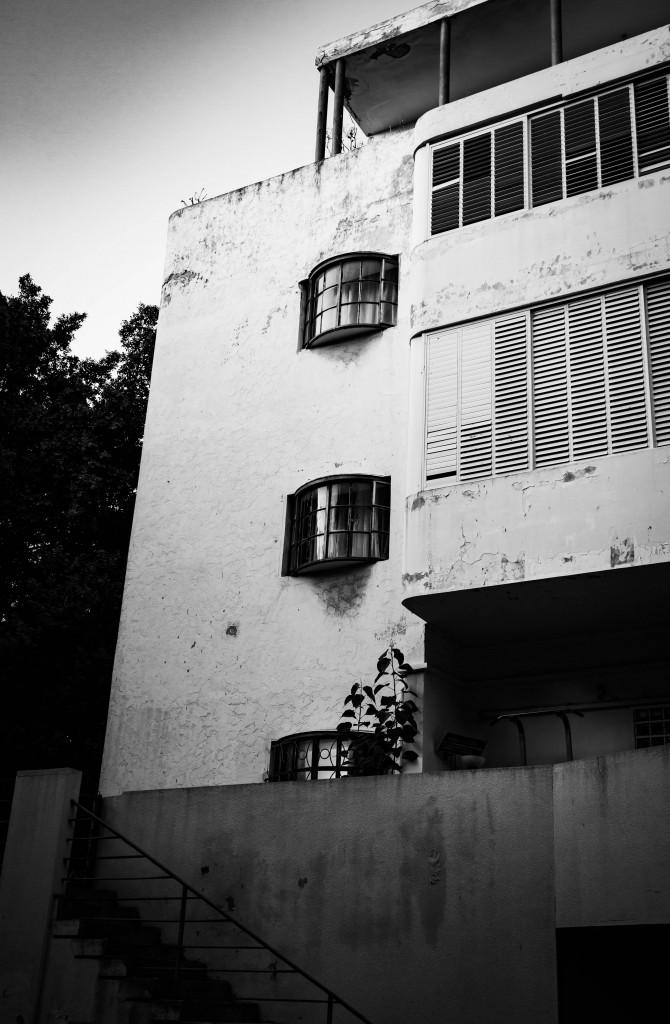 Supposed to be a theatre I / Photo: Alisa Sonntag 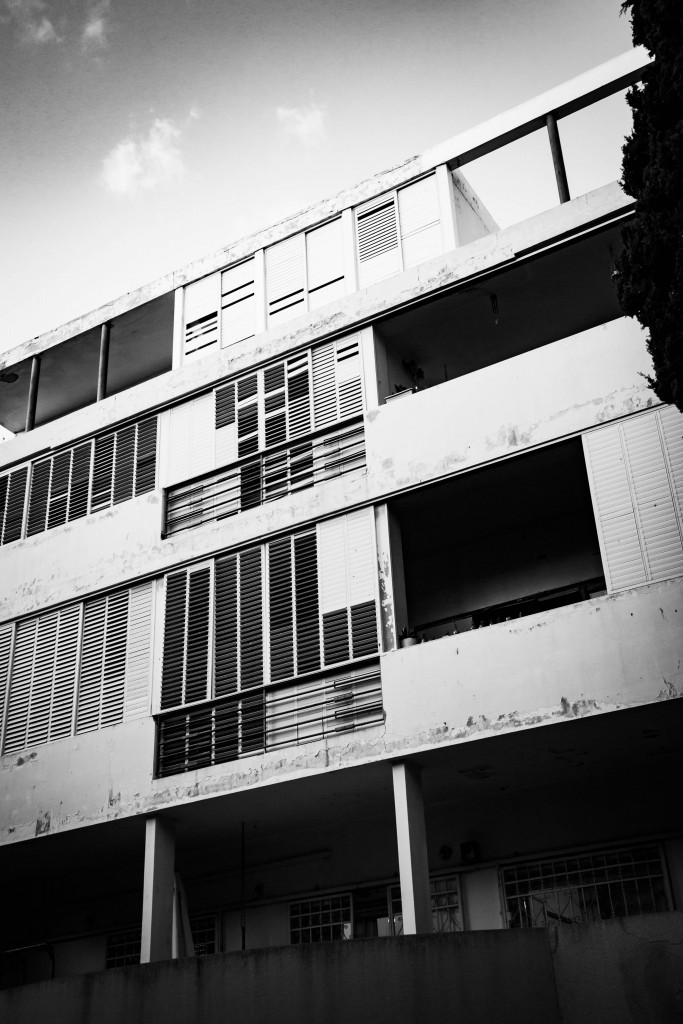 Supposed to be a theatre II / Photo: Alisa Sonntag

Wide balconies and huge windows – this building was supposed to be a theatre. What was meant to be a public space now presents a connection between the open and the closed, maybe between a publicly shown identity and the personally, hidden one. 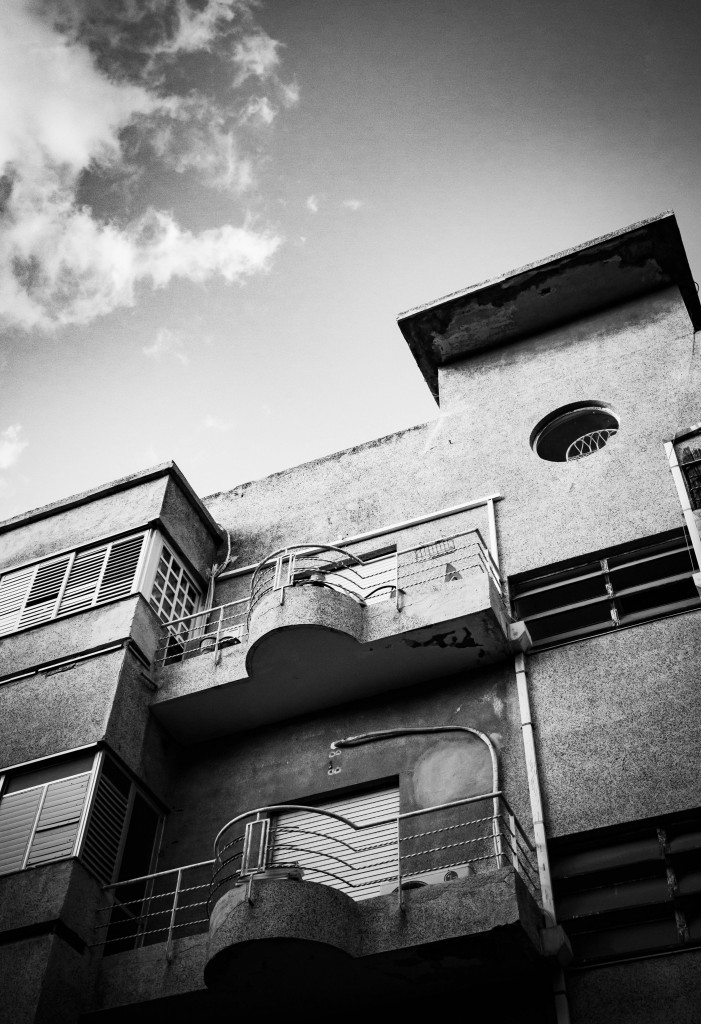 The “neighborhood of the balconies” and also the so-called „most relaxed place in Israel.“ This completely new architecture for the Jewish community defines a radical contrast to the Arab architecture from generations prior. Whereas Germany balconies built in the front of a house were already a common phenomenon, in Israel this style of architecture can be perceived as a drastic change, from a life of privacy to a presentation of one’s everyday life in public.

This building in Tel Hai Street is called “ship of the sand” – an analogy to the fact that the first edifices were built on pure desert when the city was founded. Whereas the streets in Europe were covered with grey pavement, in Israel the foundation of houses were initially built on sand: Bauhaus architecture in the desert and houses floating over the ground. 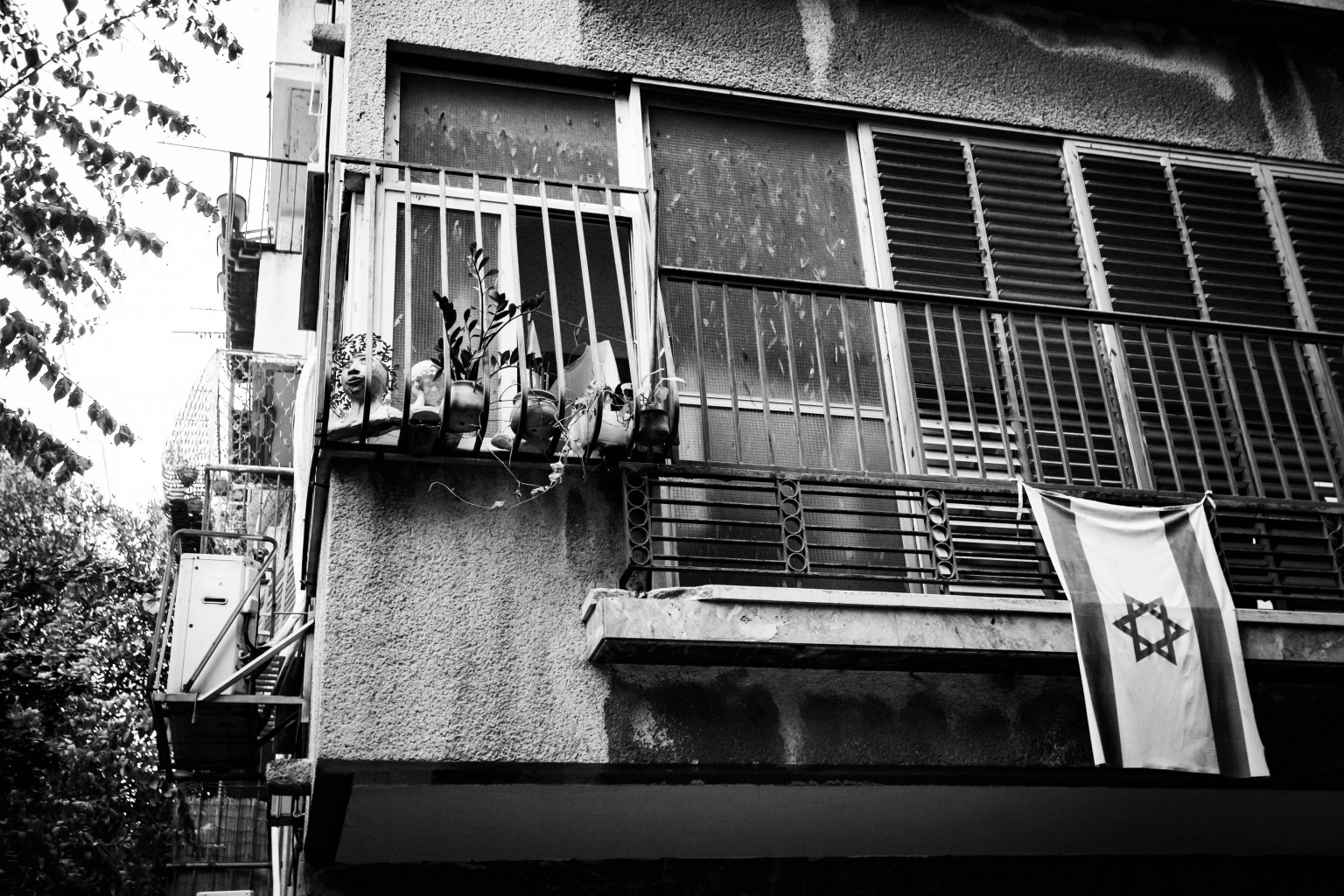 This seems like a regular building, but it has a new, rebellious aspect: horizontal lines. That marks a change in peoples’ thinking. Previously, buildings were always characterized by vertical lines: they point to the sky where people assume God’s presence. It is also an analogy to Arab architecture, where flat rooftops were traditionally built in order to always have the possibility to add new floors in support of growing families.