Faces of Feminism I: Meeting in the Desert

During the project in Israel and Palestine, our reporters had the chance to meet with many different women. Hanna Hörnlein talked for example with an ultra-orthodox, Jewish woman and a German participant and about their roles in society, their interactions with men, and how they are able to express individuality. Which influences shape their identity? How do we, as visitors, start reflecting on our own roles in this process?

Feminism. A word that seems to be overused in the global north. I often have the impression that western feminists like myself are stuck in theoretical debates where we seem to forget our concrete aims. Although there are a lot of feminist movements fighting for change in different areas, the practice itself isn’t always implemented. But what happens when our narrow mindset crosses other horizons, other cultures, other countries? When we find ourselves in some situations, where other values between women and men, religion and society, define daily life? What about situations which we’ve labeled or judged before knowing the circumstances, subconsciously putting ourselves in some sort of higher position? 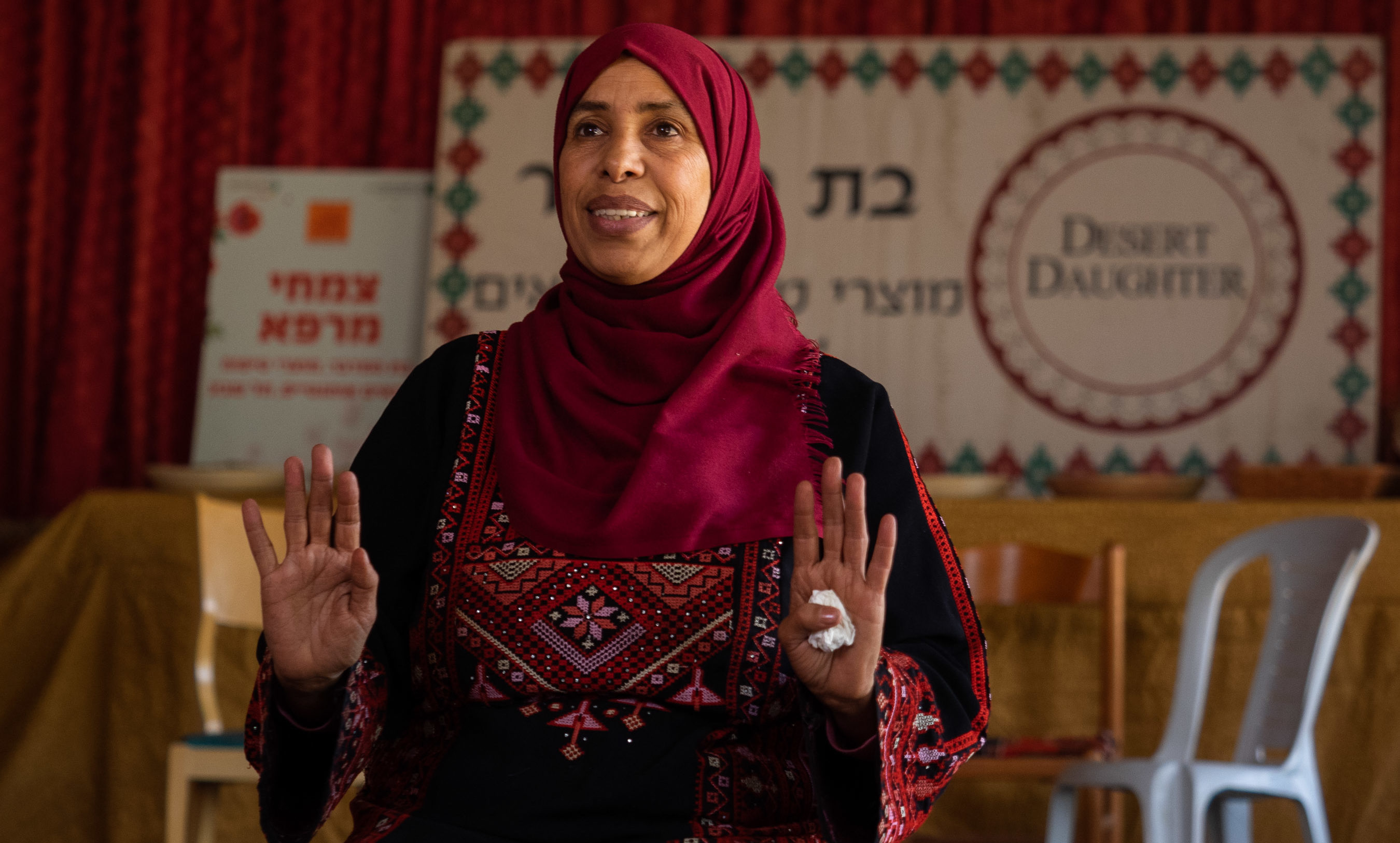 Suheila abu Rkeek is a middle aged Bedouin woman living in a small town called Tel Sheva in Israel, fighting for her own basic rights and those of her daughters; proper education, self-expression and an independent life, instead of getting married at a very young age and staying at home. For more than ten years she has been leading her own revolution: running a catering business, creating awareness, and telling her personal story to visitors – all unbeknownst to her husband. Encouraging other women to stand up for themselves forms also a major part of her work.

Referring to the question whether she would describe herself as a feminist, she stays quiet for a while. She didn’t understand the meaning of the word. Although she lives the so-called feminist fight every day, she’s not familiar with the terminology. “Maybe in my society, I am”, she says, “but not a famous one.” Suheila considers herself a normal woman, only wanting the best for her daughters, even if that means contradicting the social rules created by men. She made it possible for her daughter to go to high school and to start studying medicine at the university – all against the will of her husband. 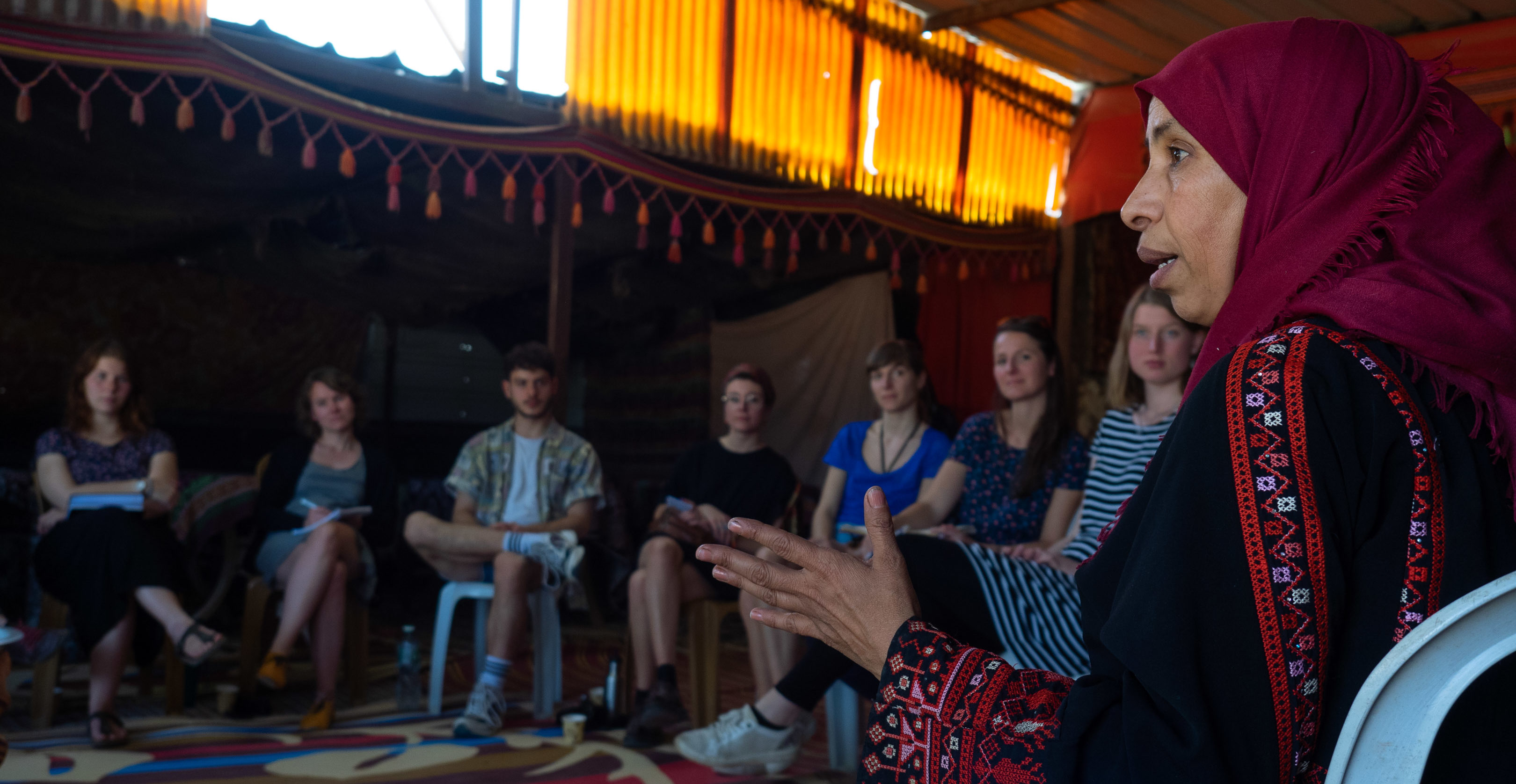 Inspired by her parents who always served as a refuge when her husband was oppressing her, she learned to be a fighter. But how are women able to express themselves in a patriarchal society? “It depends on the character of each woman, whether she has the strength to fight for herself and her rights, which does not really work if you are scared”, explains Suheila. She talked about other women who stand up for themselves in other manners, like going shopping in the next mall or even overseas, although their men are clearly against it. Those daily struggles would be considered a normality by people living in a western society.

“I reached my goal to create a freer life for my daughters, to work independently, to not depend in my daily life on my husband. Now I can do everything I want” – a free expression of herself towards the aspects of working, building a business, driving a car, and sending her daughters to university or high school. But it’s enough now. She made the way for her younger daughters, her eldest one can stand up for herself now. It’s been two years now since Suheila started helping and giving advice to other women – working even in municipal councils, social services, and through a WhatsApp group to promote the businesses of other women. And do men also form a part of this social media group? “No, it’s just women. Men can take care of themselves”, she said smiling.

I noticed that our deep wish to label certain circumstances or people goes hand-in-hand with not paying attention to the self-perception of others. How do they see themselves? Being a feminist is a very diversified matter which can present itself in many ways of fighting and identifying yourself. I learned seeing so many women fighting and living: it’s not about the term, but the actions. 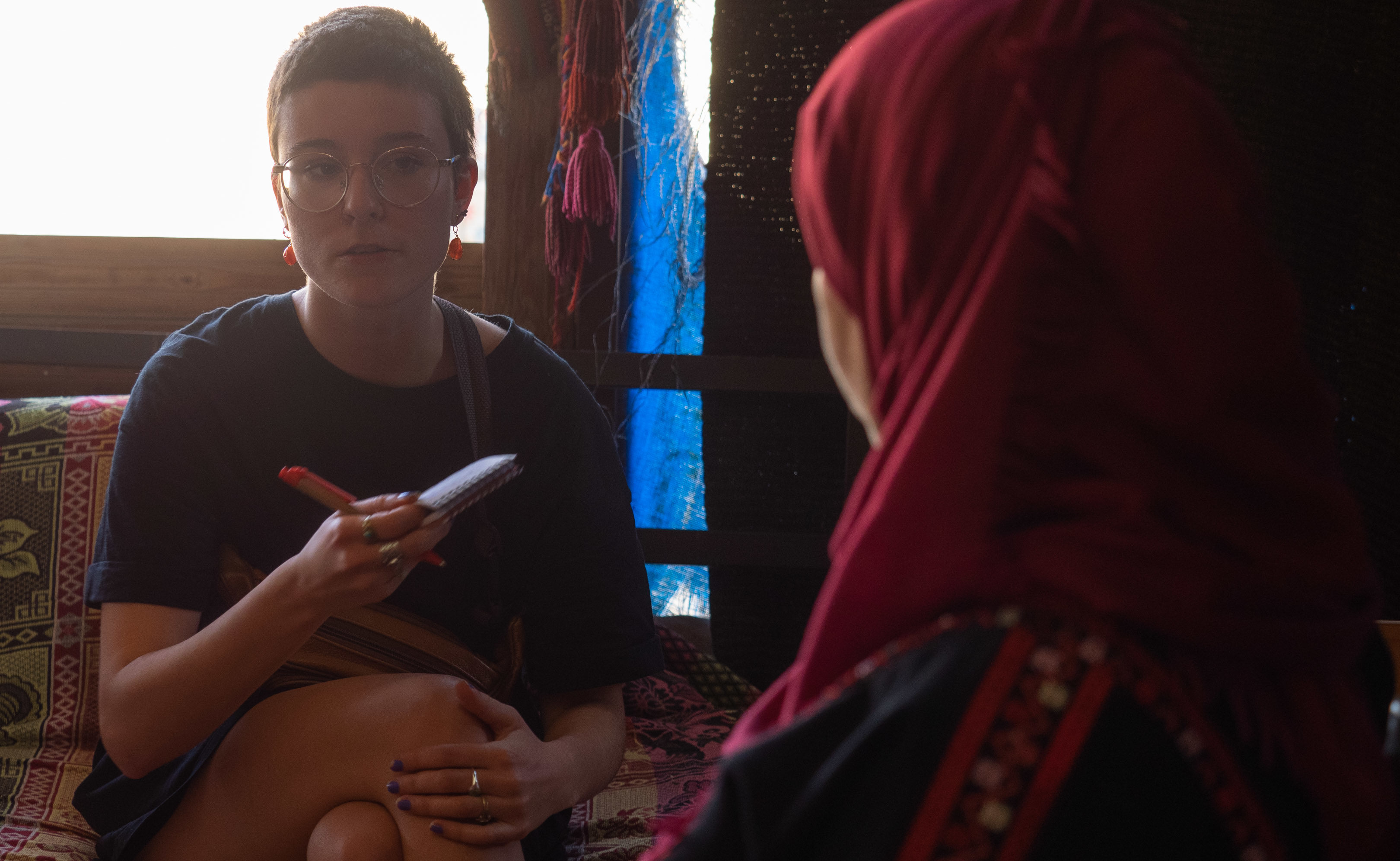