Being queer in Berlin and Kiev

Today’s society knows what LGBTQI+ means, but do we know how societies in other countries deal with it? In Germany and Ukraine, the definitions seem to be very different, starting with the fact that in Ukraine the letters only reach to LGBT. A comment by Anastasia Kuznietsova and Daria Kisieieva – two Ukrainian young journalists – about different notions in both countries. 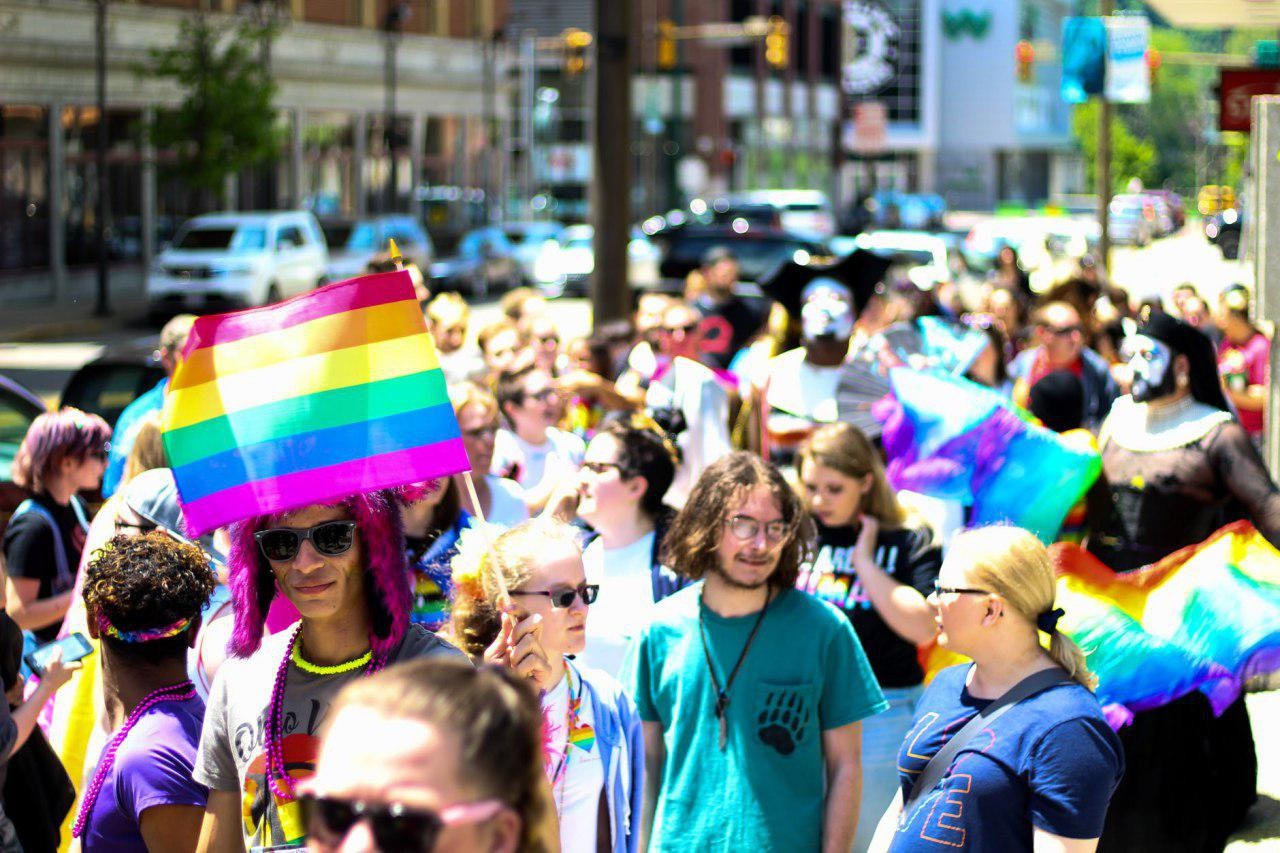 The queer community doesn’t have an easy life in Ukraine. Society does not have a high level of awareness. The government does not spread tolerance, so Ukrainians remain in the darkness and believe that only traditional family models are normal. That’s the reason why some pride and equality marches end in physical violence. For example, just a few minutes after the start of KievPride 2019, a column of participants was attacked by opponents of the march, and several people were injured. At the same time, it should be mentioned that more than 8.000 people participated in the 2019 Equality March, which is 3.000 more than last year.

The situation in Germany nowadays is very different by comparison. The Berlin pride (Christopher Street Day) on July, 27th, 2019, has been held without attacks: the procession held posters with the slogans like “No sex with Nazis” and “Send the patriarchy to hell”. They threw confetti and waved rainbow flags. The celebration ended in a huge party with people dancing and a concert at the Brandenburg Gate. This year’s Equality March is considered to be the largest within the last four years, with the number of participants reaching around 150.000. Sergei from Kiev, a participant of the Berlin Pride, shared his impressions: “This atmosphere of mutual love and respect inspires you to return and fight for diverse kinds of people to be more respected in our country”.

LGBTQI+ in the Ukrainian media

Despite our individual point of view on this topic, media sometimes tries to impose their opinion and show people what the “right way of thinking” is supposed to be. How does Ukrainian media write about LGBTQI+ and do they cover this topic at all? It’s safe to say that there is also a huge difference in the media coverage of both countries.

In March 2018, the Institute of Mass Media in Ukraine monitored eleven leading Ukrainian online media outlets that cover news about „LGBT people“. They highlighted 105 stories on LGBT topics, 63 of which were associated with scandals and media stars. About 20 percent of the stories included homophobic expressions and content manipulations, and only 10 percent had a positive background.

Experts conclude that Ukrainian media writes exclusively about one point of view: mostly the opinion of opponents. Moreover, the articles are usually written with an ironic undertone. Thus, people ridicule this topic instead of rethinking it. Some examples are: “Transgender woman Daniela Vega went down in Oscar history”, and “A transgender girl defeated a man according to the rules of MMA”.

It should also be taken into account that Ukrainian media space has particularized magazines for LGBTQI+ people, some hubs, and some social groups, but this is not well-known, and many people wouldn’t even believe in their existence.

German journalists try to highlight situations from different points of view, and write about these topics more often. Germany has a few magazines for queer people like siegessäule.de, Straight Magazine, or L-Mag. Additionally, the Berlin daily newspaper “Tagesspiegel” has a special category for queer people, called „Queerspiegel.“ 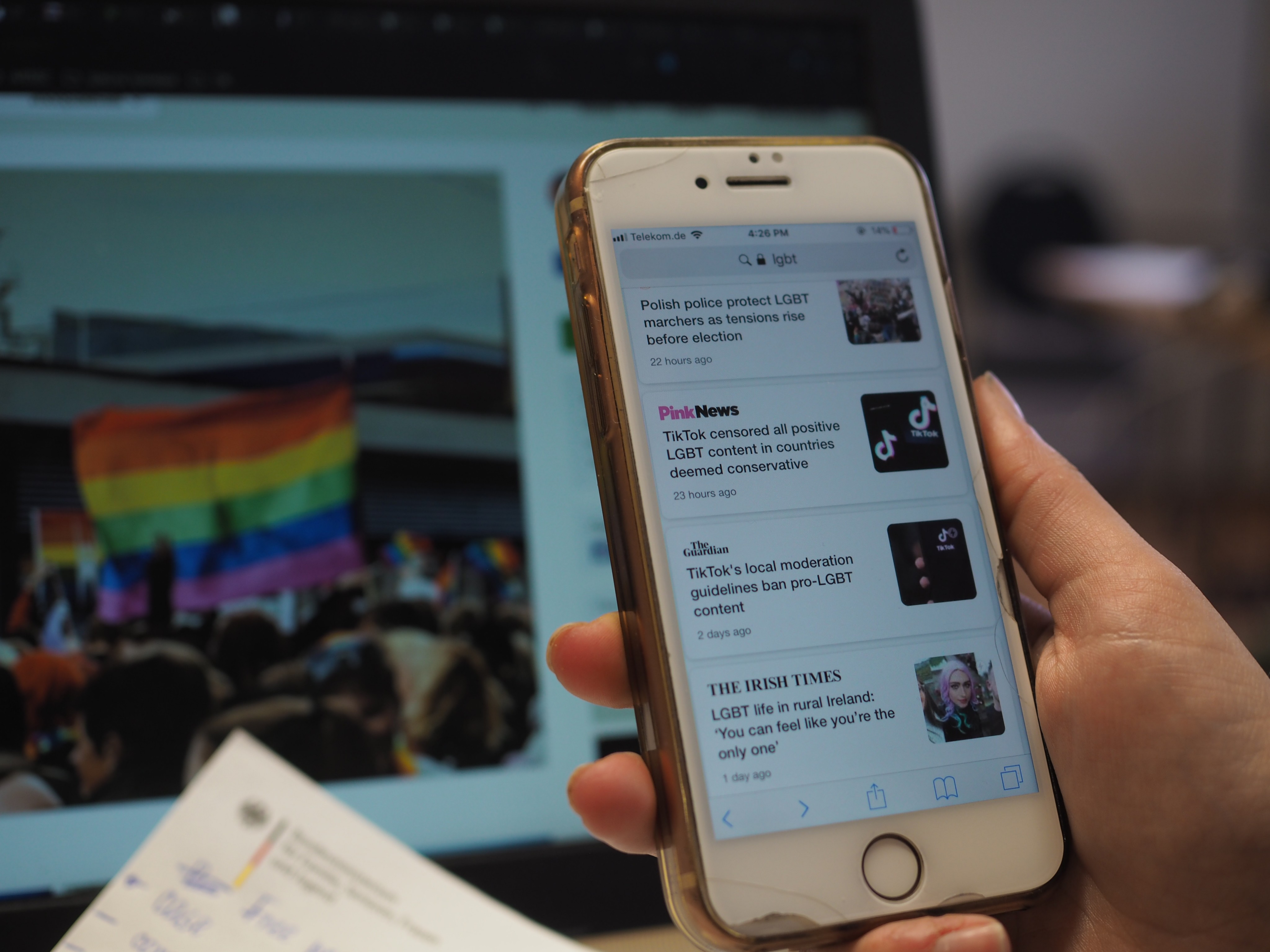 Scrolling through Ukrainian media sites makes you notice that writing about anything connected to queerness seems wholly avoided. Reasons for that could be that journalists don’t have the right knowledge or wording to write about it correctly. They tend to use discriminating expressions like „non-natural sexual orientation“ instead of the LGBTQI+. They are mostly not even aware of the fact that they are giving false information to the reader.

The media makers in Germany seem better informed. Hate speech expressions are not used in most nationally-trusted media outlets, and you can read simple but true phrases like “men who love men” and „women who love women“ that take away the societal stigmatization of LGBTQI+.

There seems to be far less discrimination throughout media in Germany. Media shapes a society, so the situation for the queer community is generally better than in Ukraine. If Ukrainians want to change that, they will have to change their ways of dealing with those topics in public.

Journalists must be held responsible for the words they use when writing about the LGBTQI+ community. Mass media must create more specialized papers and media outlets that take the perspective of the queer community. The Government must give more protection at marches and prides for participants and activists.

To sum up, we express our deep hope that our generation will create such publications and talk about LGBTQI+ and other activists louder and freer, especially in Ukraine. This is very important, if we want to live in a healthy and tolerant society, where everyone feels safe.