Jews, Muslims and Christians living in Berlin report various different experiences and perceptions of their religious expression, calling for a more inclusive religious and national reality. Eliana Rudee, Katharina Petry and Asmaa Abulatifa talked to believers of these three religions.

Berlin – place for freedom? How visible are religious symbols in this city? Photo: Nour Alabras

According to the United Nations Universal Declaration of Human Rights, freedom of self-expression and religion are granted to all humans worldwide. Attacks, both verbal and physical, violate human rights to integrity, privacy and freedom of expression and religion. However, religious Jews, Muslims and Christians in Berlin are often exposed to various forms of discrimination due to attire that indicates to which religion they belong.

On April 17th, 2018, an Arab-Israeli man wearing a kippah (skullcap worn by religious Jews) was attacked on a Berlin street and lashed with a belt as the attacker repeated the Arabic word for Jew, “Yahudi.” Although the young victim was not in fact Jewish, the event prompted discussion in the Jewish community regarding religious expression in Berlin.

Journalist and author of A Jew in Neukölln, Ármin Langer, writes about Jewish life in his district – one known for its large number of Arab migrants and as a result considered a “no go” area for Jews despite Langer’s thesis that it can be a great area for them. Additionally, he promotes Muslim-Jewish dialogue with his Salaam-Shalom initiative, hoping to make a change in the perception of the neighbourhood amongst Jews and Muslims.

Langer only wears a kippah while studying and praying and claims that he has been asked “many times” by Berliners why he does not wear a kippah on a regular basis. “Many fetishize a kippah here,” he said. “It makes them happy to see [physical evidence] of Jewish life thriving in Berlin post Second World War.”

Between anti-Semitism and philo-Semitism

According to Langer, when one wears a kippah or identifies oneself as a Jew, “nobody treats you as a normal human being,” for better or worse. “There is both anti-Semitism and philo-Semitism, both of which treat Jews as a homogenous collective.”

As a Jew, he said, “it is quite obvious that I don’t belong here,” said Langer, who was born in Germany and grew up in Austria and Hungary. Langer put forward that he often experiences anti-Semitic comments, whether he is wearing a kippah or not. “The other day at a party, someone found out I was Jewish and his first question was whether I come from a wealthy family.” 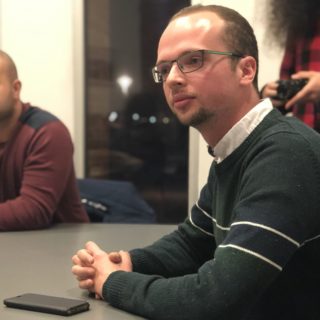 Head of the Jewish Student Union demands another mindset

Similar to Langer’s experiences, Dalia Grinfeld, head of the Jewish student union in Germany, maintained that when wearing a magen david (Jewish star) necklace in Berlin, “people ask where I’m from with the mindset that you can’t be Jewish and German at the same time.”

Grinfeld spoke of hiding her necklace when walking in certain areas of Berlin, fearful of physical attacks. “The fact that Jews are scared to show that they are Jewish is a big problem. We need a different mindset in Germany of understanding that diversity is good,” claimed Grinfeld. 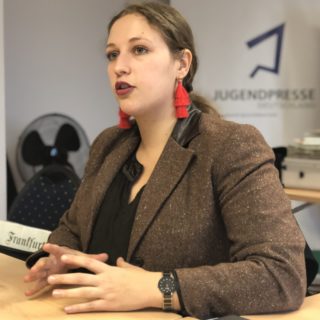 Jews are not the only group attacked and excluded from German identity. Many ‘covered’ Muslim women can be found on the streets of Germany. However, despite the country’s heterogeneity and implementation of rights and laws, they are sometimes attacked or not accepted in society due to the manifestation of their religion through attire.

According to one interpretation of the Quran, the Muslim dress code requires Muslim women to wear the headscarf known as the hijab along with clothing that covers their entire bodies. (Suret el Ahzab Aya 58-59 / Suret el Noor Aya 31)

Not accepted as a German citizen

“Go back to your country”, were the words spoken to Zainab, a 21-year-old Turkish woman born and raised in Berlin. Despite her German nationality, she is not viewed as a German citizen by many Berliners and is exposed to various forms of discrimination such as constantly been harassed and made fun of in the streets simply because of her hijab.

Not only are the majority of Germans unsure or do not believe Jews and Muslims can be real Germans, but according to Langer, “in Berlin, people consider religious people to be pre-enlightened.” Such beliefs may affect the way Berliners choose to dress as an expression of their religion. “This affects people of colour and people who wear any religious symbol that is not a symbol of Germanness – affecting minorities such as Jews and Muslims – those who are visibly ‘other’” said Langer.

On the other hand, Birol, a Turkish man working in the Omar Ibn el Khattab mosque in Berlin, reported that neither him nor the mosque have been exposed to any form of religious discrimination. He claimed this might be due to the location of the mosque, Kreuzberg, considered to be a “Turkish neighbourhood” with Germans who are “very comfortable living around Muslims.”

Nationality and faith as parts of identity

Alexandra, 22, takes part in the Catholic student’s council at the Free University of Berlin and stated that being Christian is a part of her identity and a constant in her life, with faith playing a role in her family. Likewise, being German is also important to her identity.

Alexandra describes the way other people perceive her as a Christian as mainly positive: “I often discuss what I believe with others and it is very interesting to see other perspectives of non-believers.” Living in the city for the last four years, she attends services at least once or twice a week and expressed that her daily life is influenced by being Christian.

She “found it a pity” that the “politics in Berlin don’t support religion.” For example, she said, the two Christian holidays on October 31st (Reformation Day) and November 1st (All Saint’s Day) are not public holidays in the federal state of Berlin, whereas in most of the other federal states in Germany, “at least one of them is a public holiday.”

A new reality of belonging

University policies are also influenced by politics in Berlin, maintained Alexandra. “We have limitations in promoting our Catholic student’s group, as well as every other religious group at the Free University of Berlin.” For Alexandra, this is not a satisfying reality.

“I have the feeling that in Berlin, the diversity of cultures is supported, but not the variety of religions,” she said.

Dissatisfaction among Jews, Muslims and Christians regarding their ability to fully express their religious identity in Berlin raises the question of how the city can create a space more inclusive for religious expression.

As expressed by Jewish author Ármin Langer; the fact that Germany is home to the second highest number of immigrants in the world, leading to diverse religious realities in Berlin, necessitates “a new reality of belonging”, voicing his hope that taking action through his Salaam-Shalom initiative might trailblaze a more inclusive society and solidarity between minorities and their allies.